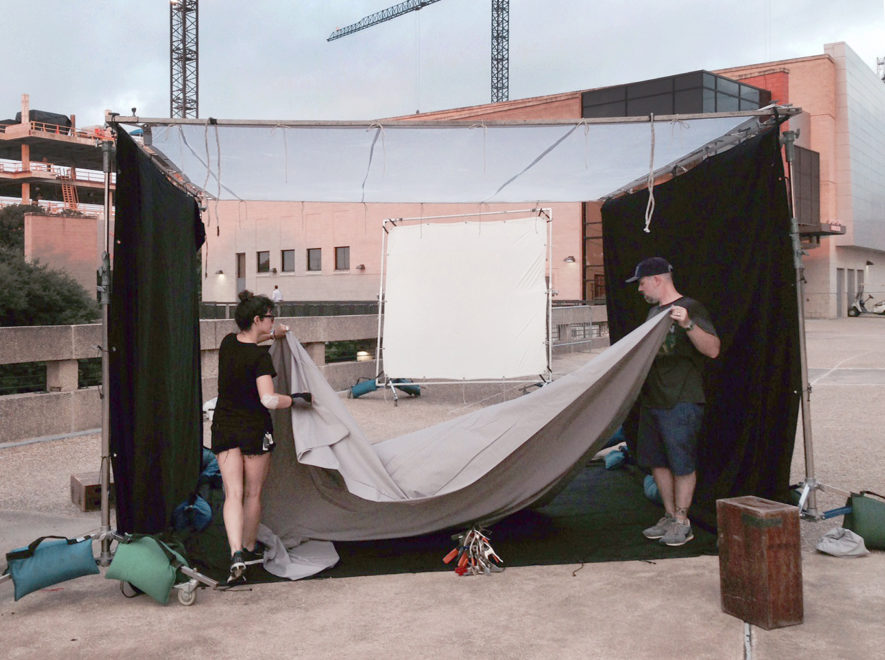 My two assistants Maegan Gindi and Matt Wright-Steel put together an outdoor portrait studio to make use of the Texas summer light.

Back in 2015, the amazing Stacey Baker from The New York Times Magazine assigned me to run away with the circus. For two weeks, I shadowed Ringling Bros. and Barnum & Bailey circus animals, performers and crew as they traveled by train along the East Coast, capturing behind-the-scenes images of their bustling life on the road. As fate would have it, I revisited this story in late May, catching up with several of the performers again, just before they gave their final performances with Ringling, for an article published by CNN.

One of the wonderful things about documentary photography is the chance it gives us to immerse ourselves into a community. And while I was not unhappy with the pictures from my time on the train, the fast pace of a traveling circus that commonly performed up to three times a day made it hard to make more thoughtful, quiet images of the people  behind these intense, athletic performances – many of whom came from generations of circus families. With this in mind, I felt a portrait series would fill the gaps in this story. 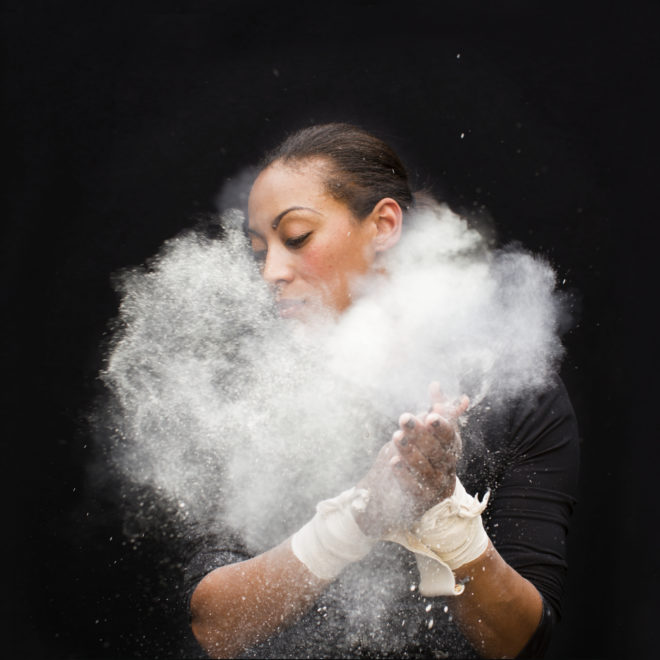 Portrait of trapeze artist Kristin Finley. She’s the first African-American trapeze artist to fly for Ringling Bros. and Barnum & Bailey circus. She now performs with two shows — the Tarzan Zerbini (Circus) and the Jordan World Circus, who work mostly for Shriners Hospitals for Children. “It’s a good feeling to know that we are helping to raise money for children in need,” she said of her new chapter.

For that, I needed a mobile set-up where I could shoot intimate portraits that would blend nicely with the documentary-style images. After my two-week stint on the road, Ringling allowed me to meet with the performers once again, this time in Austin, Texas. Not sure how to control the harsh light, I called one of my oldest and best friends, Bob Croslin, and he devised this outdoor natural light studio. We ended up doing 25 portraits with interviews in two days, the first focusing on individual performers and the second with the animals. 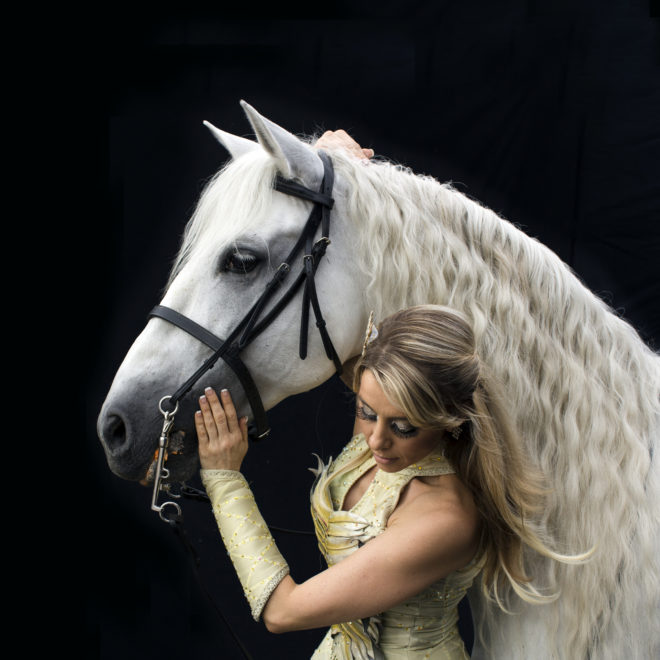 Portrait of Tatiana Tchalabaeva and her horse.

But after nearly 150 years, flagging ticket sales and high operational costs spelled the end for “The Greatest Show on Earth,” which held its last performance May 21, 2017 before a sold-out crowd in Long Island, N.Y. Every performer I met displayed an extraordinary level of discipline and dedication, whether it was caring for big cats or flying high on a trapeze. All of that passion was concentrated on making people happy, and many of the performers will continue to do just that with other outfits. I felt sad that members of the tight-knit Ringling Bros. and Barnum & Bailey family would literally be scattered all over the Earth. But the show must go on.

Too Young to Wed at L’Arche du Photojournalisme