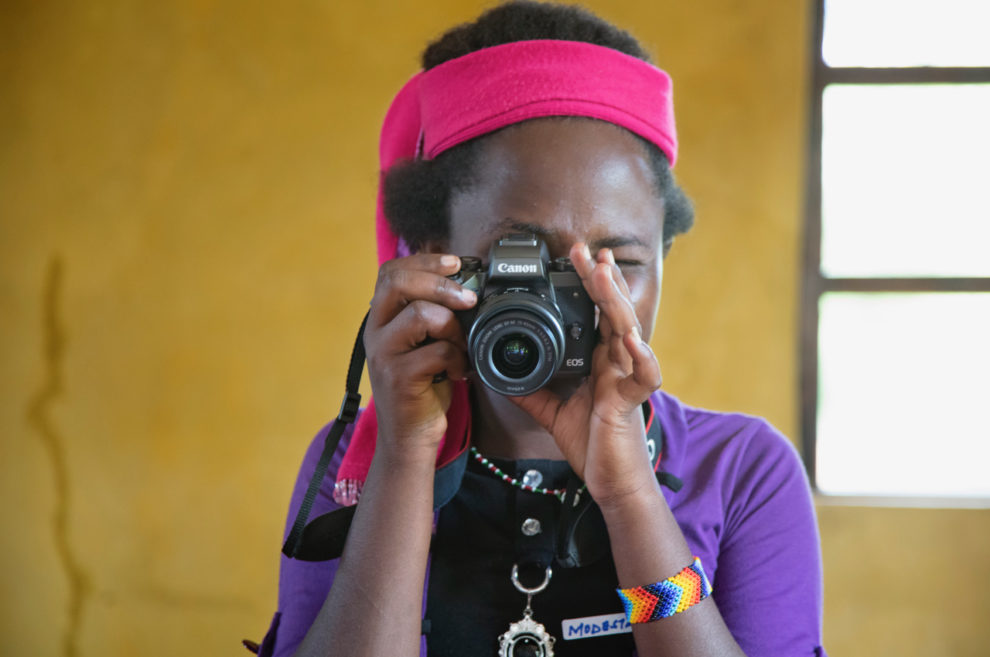 Modestar, age 15, gets reacquainted with her camera as she prepares to be a student mentor at the Tehani Photo Workshop in Maralal, Kenya. Modestar was rescued by the Samburu Girls Foundation just weeks before last year’s workshop.

It was the end of January 2016, and I was supposed to be on my way to Kenya to lead Too Young to Wed’s first photo workshop for girls who’d escaped child marriage when “Snowzilla” barreled across the Mid-Atlantic and Northeast United States. The record-setting blizzard dumped roughly 2½ feet of snow in my neck of the woods and forced the cancellation of hundreds of flights throughout the area – mine included.

I and the two other photographers I was traveling with, Nicole Chan and Jason Loeb, scrambled to make other arrangements, knowing that the teens in Maralal, about 200 miles north of Nairobi, were eagerly awaiting our arrival. In the end, it took driving to Connecticut, taking a train to Boston, catching a flight to Paris, then connecting to Nairobi to make it to our destination. Admittedly, I arrived a bit more exhausted and a lot more flustered than usual. With a 10-hour car ride ahead of us, we wheeled our considerable amount of gear out to the parking lot. Unfortunately, this is when I took my eye off the job at hand and mistakenly let our driver pack all the luggage Tetris-style into our van, taking a moment of rest inside.

It wasn’t until we’d arrived in Samburu country and had begun unpacking the car that I realized, to my absolute horror, that my black Pelican case with all of my Canon gear – and I mean all of it – was missing. After midnight, amid arranging and rearranging all our luggage, my carry-on suitcase, with all my lenses and camera bodies, had been left at the airport parking lot in Nairobi. So we’d arrived on time to the workshop, but I had no equipment.

As a professional photographer, there are few worse feelings than losing your gear. To make matters worse, after teaching at the workshop, I was scheduled to travel to India on assignment for National Geographic followed immediately by a trip to Nepal for a Too Young to Wed piece.

I filed the requisite police reports, but there really wasn’t time to mourn the loss of my gear. Over the next five days, I was focused on the 10 amazing young women who were participating in our pilot Adolescent Girls Photography Workshop, later named the Tehani Photo Workshop after an eight-year-old child bride I met in Yemen, sadly unable to escape her marriage. Among other things, the workshop enables girls to use photojournalism as a tool of self-expression, while teaching their communities about the dangers of child marriage. 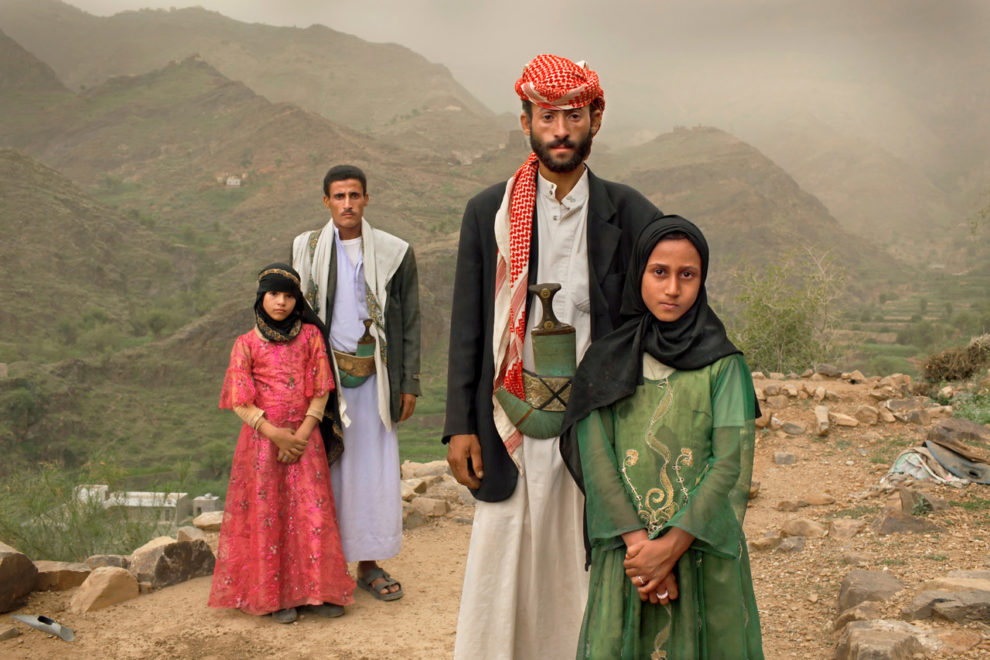 Tehani, in pink, was married at age 8. She was one of the first child brides I photographed in Yemen, back in 2010. It felt right to name the workshop after her.

Before flying to India, I dashed off an email to Canon, explaining my situation and asking (Begging? Pleading?) for some assistance. In the meantime, I cobbled gear together for my National Geographic assignment by renting some equipment from a shop in New Delhi and borrowing from Nicole, who had just helped teach the Kenya workshop, and Smita Sharma, a photographer who had previously volunteered for Too Young to Wed and was serving as my translator in India.

Meanwhile, the kind folks at Canon put me in touch with the amazing Elizabeth Pratt, head of Canon Professional Services in the U.S. In short order, Elizabeth put together an entire kit for me to borrow – including a plethora of lenses and two camera bodies – and overnighted it to Christina Piaia, Too Young to Wed’s project liaison in New York, who happened to be meeting me in Nepal. I’ve used Canon pretty much exclusively for the last 20 years, it was an amazing feeling to get familiar equipment back in my hands while on assignment. I felt whole again. 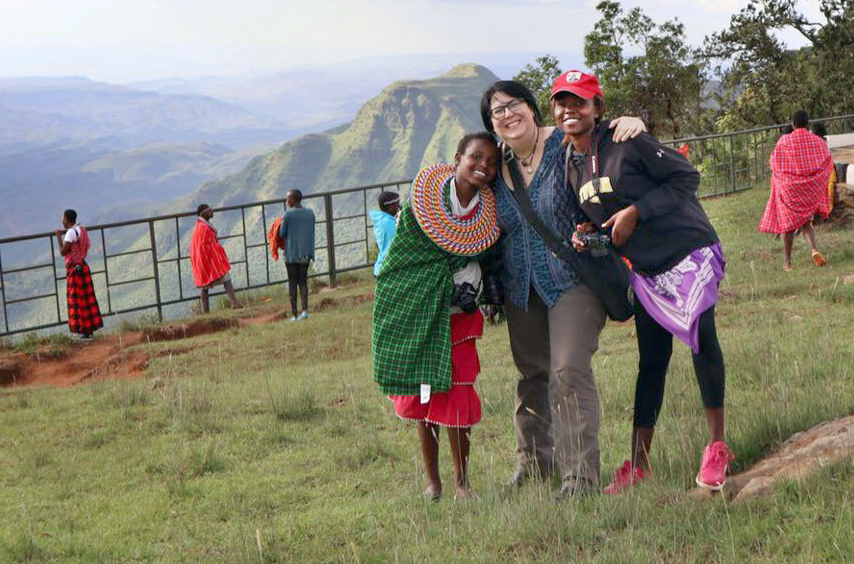 Several months later, I was honored to become one of Canon’s Explorers of Light. And this month, Canon served as the sole sponsor of Too Young to Wed’s second Tehani Photo Workshop in Maralal. Elizabeth, who delivered me from despair last year, served as our tech guru and master hug consultant during last week’s workshop, where 18 girls – including six student mentors from the previous class – raised their cameras and their voices in support of each other and community efforts to end child marriage.