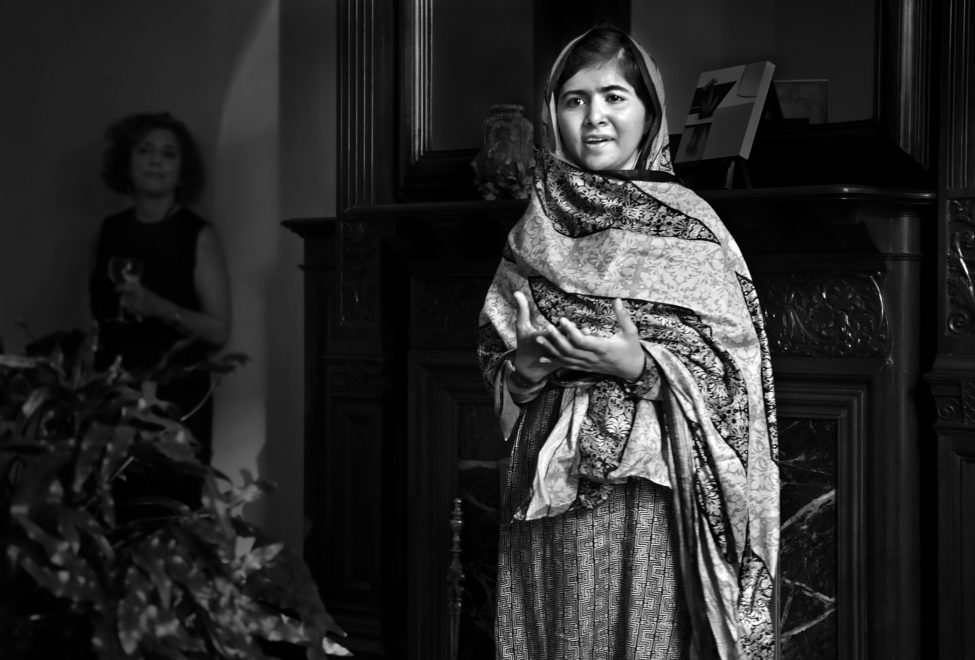 Just 16 at the time, Malala Yousafzai speaks to girls’ rights activists in New York ahead of her speech at the United Nations in 2013. The previous year, Malala was shot in the head by the Taliban for promoting girls education in Pakistan. She later was bestowed the 2014 Nobel Peace Prize. Photo by Stephanie Sinclair

I first heard Malala Yousafzai speak at the New York City home of a philanthropist in 2013. She was barely 16 at the time, but I remember being struck by how mature she sounded, even then. In a room full of major donors to women’s causes, she remarked on the multitudes devoted to fighting for girls’ rights – then wisely pointed out how much better off girls would be if those advocates collaborated more, and competed less.

The youngest recipient of the 2014 Nobel Peace Prize, Malala has taken her own advice to heart, traveling the world, lending support to other young activists promoting girls’ rights in their own communities and urging global leaders to make educating girls a priority. Fresh off her six-month Girl Power Trip – during which she discussed barriers to education with girls in the U.S., Canada, Iraq, Nigeria and Mexico – Malala returned to New York last week. Bringing with her two of the girls she’d met during her travels, she addressed the United Nations General Assembly on the importance of investing in girls’ futures.

She shared that same message at a special reception before her address at the UN, explaining that the purpose of her global journey was to meet with those girls one-on-one and make certain that policymakers heard their stories.

“I went to these places to listen to their stories and raise their voice on the platform that I have, to make sure their voices reach the leaders,” said the young activist.

Illustrating her point, she quickly handed the microphone to Najlaa, a 19-year-old Yazidi teen whom Malala had met in Iraq earlier this year. Najlaa shared how she was pulled from school at 14 in preparation for marriage, but she ran away on her wedding day, still in her wedding dress. Her actions and the invasion of ISIS later on interrupted her education, but she’s back in school, with dreams of becoming a journalist. 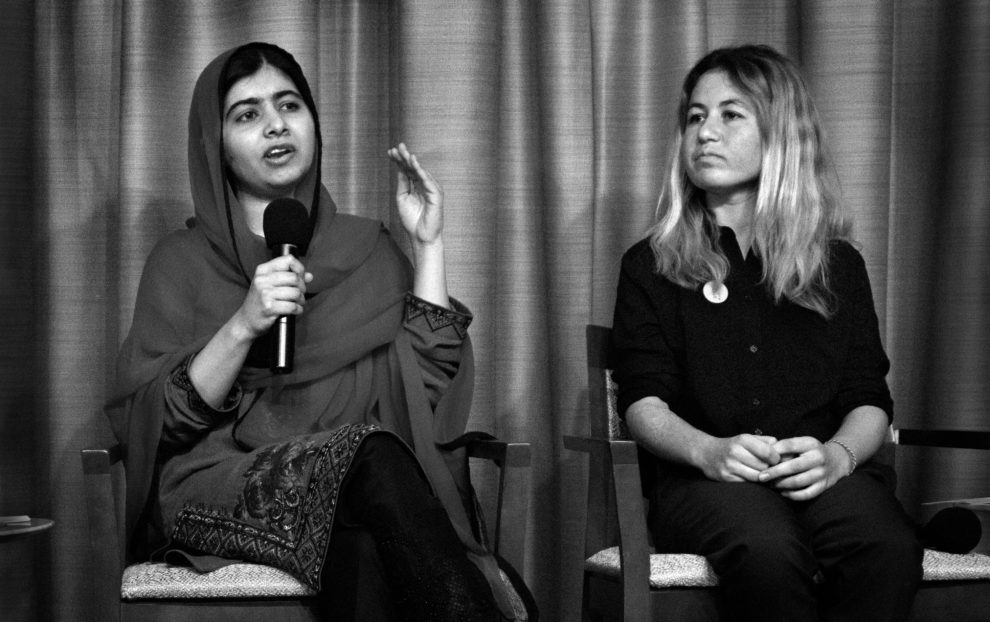 “I don’t want any other girl to go through the same as me. Not all of them can fight as hard as I did,” she said. “They deserve to be successful women first and take their rightful place in the community. Girls should be students and not brides. This is my message for leaders.”

The links between lack of education and child marriage are long-established. Girls with no education are three times as likely to marry before their 18th birthday as girls with a secondary or higher education. In addition to delaying marriage and motherhood, an education promotes gender equality, reduces poverty and empowers girls to contribute to the overall health and well-being of their communities.

Malala, a native of Pakistan, has been an outspoken advocate for girls’ rights since childhood – so much so that the Taliban tried to silence her with an assassination attempt in 2012. She not only survived, but went on to found a nonprofit devoted to championing girls’ education and ending harmful practices, like child marriage, that hold girls back.

Now 20, Malala reflected last week on a childhood friend who “suddenly disappeared” from their classroom at age 11. When Malala caught up with her three years later, the girl explained she’d gotten married and had a child.

“So a child at the age of 14 had a child and became a mother,” she said. “I think this is something that is completely unacceptable. We need to let these girls be children and have their life, and be independent. We cannot let them get married at the age of 11, at the age of 12. It is a very important issue that we have to address. One way is making sure they have access to education.”

It’s hard not to feel moved to collaborate for that. In fact, along with the Malala Fund, my nonprofit organization, Too Young to Wed, recently began a partnership with the Olivela, founded by social entrepreneur, Stacey Boyd. Olivela enables luxury brands the opportunity to transform their inventory into measurable impact and consumers to fund important children’s causes like ours. Starting this week through Oct. 10th, a portion of all Olivela proceeds will go directly to benefit Too Young to Wed.