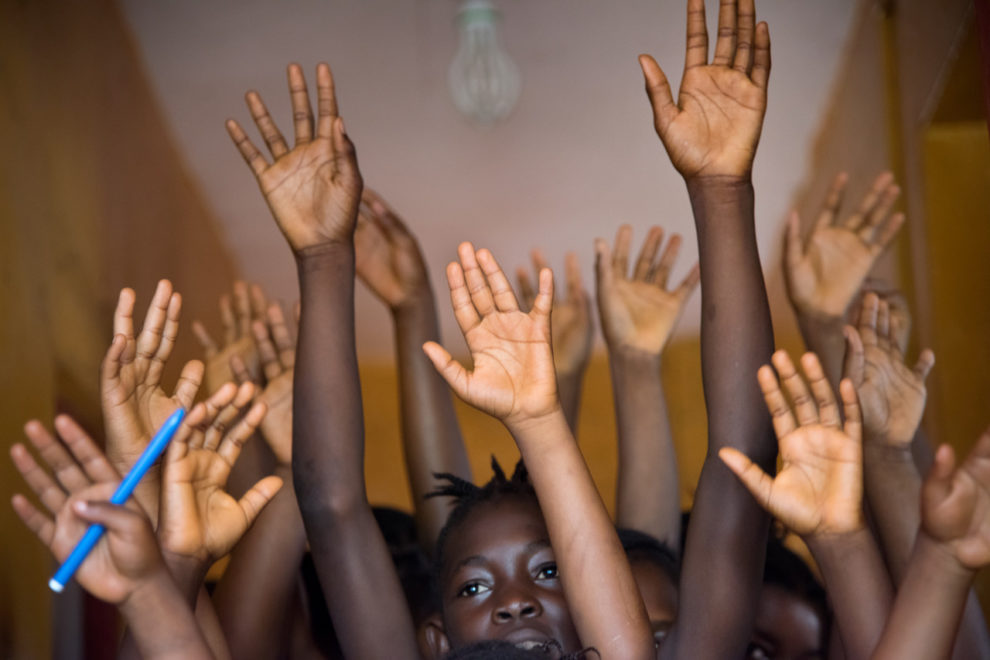 Girls under the guardianship of Don Bosco Fambul participate in classes in Sierra Leone’s capital city, Freetown. This organization is one of the country’s leading child-welfare organizations and has been on the forefront of efforts to help girls in crisis by providing counseling, shelter and defending them in court.

This week I was heartbroken upon reading the news that the White House planned to end key parts of the “Let Girls Learn” initiative, an important project by former first lady Michelle Obama targeting girls’ empowerment around the world.

Let Girls Learn aimed to remove the barriers to education that girls face around the world and thereby close the gender gap. Over the past 15 years, I have seen firsthand how deeply entrenched and complicated these barriers can be. Cultural bias, economic hardship and high prevalence of gender-based violence can all combine to create a near-impossible environment for girls’ education. For example, on a recent assignment in Sierra Leone I spoke to girls kicked out of school for being pregnant, with the reasoning being that they would set a bad example for the other girls. Lost on officials there was the fact that girls in Sierra Leone face some of the world’s highest rates of child marriage, rape, and sexual abuse. Denying these girls an education swiftly erases a pathway to health, safety and economic empowerment without treating the root causes of the issues the girls face that violated their human rights.

In my work, I’ve repeatedly seen that the simplest solutions can make the biggest difference. For instance, a small grant for a school uniform or consistent access to feminine hygiene products is sometimes all it takes to prevent a girl from dropping out of school. But don’t just take my word for it; countless studies have shown that these solutions, big and small, have generated overwhelming returns in terms of health, economic growth and peace-building, both for the girls personally and for their communities. (This one from the World Bank is a great example.)

With a budget of around $1 billion dollars, the “Let Girls Learn” initiative received broad support from government agencies like the Peace Corps, the State Department and USAID. Now, a billion dollars is a lot of money, but it’s a small fraction of the U.S.’s annual foreign aid budget and, seat-cushion change compared compared to the U.S. arms budget (which ostensibly seeks to accomplish the same goals as aid programs, but that’s a conversation for another day).

Given the millions of girls – and their communities – helped by this relatively small budget line item, it’s clear that “Let Girls Learn” was able to effectively provide extensive benefits to communities for pennies on the dollar. By attempting to shutter this program while simultaneously spending many millions of dollars to not disrupt ONE BOY’s school year – Donald Trump’s 11-year-old son – the current U.S. administration has very clearly shown how little they value the developing world’s at-risk girls.

After sharp criticism, the White House quickly walked back their plans to gut “Let Girls Learn,” but it remains to be seen whether this vital program will be given the support it needs.

A Crash Course on Copyright 101