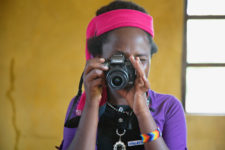 It was the end of January 2016, and I was supposed to be on my way to Kenya to lead Too Young to Wed’s first photo workshop for girls who’d escaped child marriage when “Snowzilla” barreled across the Mid-Atlantic and Northeast United States. The record-setting blizzard dumped roughly 2½ feet of snow in my neck […] 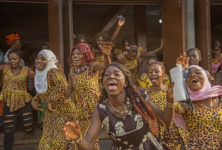 Salmatu Fofanah’s stepfather died first, in the car as Salmatu’s mother drove him to the hospital. Her mother followed a month later, succumbing to the illness that would ultimately infect Salmatu and wipe out much of her family in 2014: her brother, her sister, her grandfather, her aunt, her uncle, several of her cousins. […] 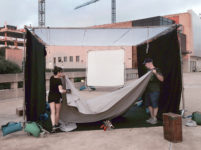 Back in 2015, the amazing Stacey Baker from The New York Times Magazine assigned me to run away with the circus. For two weeks, I shadowed Ringling Bros. and Barnum & Bailey circus animals, performers and crew as they traveled by train along the East Coast, capturing behind-the-scenes images of their bustling life on the road. As […]

Too Young to Wed at L’Arche du Photojournalisme

“Need to talk.” That kind of subject line on an email usually signals an impending breakup or a poor performance review, so I was a little apprehensive when I saw it atop a message Jean-François Leroy sent me on July 8, 2014. Jean-François is the director of Visa pour l’Image, the world’s preeminent photojournalism festival held […]

A Crash Course on Copyright 101 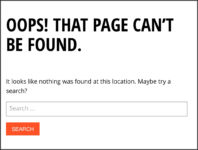 Dear Readers, go ahead and file this under “Things Every Photographer Should Know.”  Anyone who is reading this blog must be aware that photographs have value. They are not just visual freebies that zip around the Internet in viral social media posts and clickbait articles. Yes, the visual media landscape is changing, but that does […]

This week I was heartbroken upon reading the news that the White House planned to end key parts of the “Let Girls Learn” initiative, an important project by former first lady Michelle Obama targeting girls’ empowerment around the world. Let Girls Learn aimed to remove the barriers to education that girls face around the […] 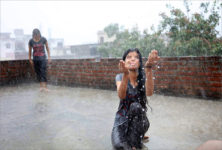 Today it was announced that I am the recipient of this year’s Anja Niedringhaus Courage in Photojournalism Award, granted each year to a female photographer since Anja’s tragic death in Afghanistan in 2014 by the International Women’s Media Foundation. It is a tremendous, if bittersweet, honor to win an award in Anja’s name. I’ve long been moved by IWMF’s […] 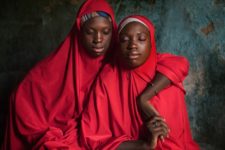 Last month, The New York Times Sunday Review published my latest Too Young to Wed project — this time about girls kidnapped by Boko Haram fighters and forced into marriage in northern Nigeria. Though I’ve spent the past fifteen years reporting on the issue of child marriage and its grave impact on the human rights […] 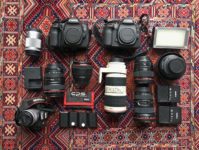 This month, with another assignment looming, I once again pulled out my gear and began the familiar inventory rundown. Do I have all my chargers? Batteries? Are all my memory cards downloaded and backed up? I’m always grateful to be able to pause before plunging into the inevitable chaos of a shoot – it’s a far […]

Greetings to all for 2017! I finally got my hands on the December edition of PDN and am honored that the talented Mary Calvert very kindly mentioned my 2008 Alexia Foundation grant proposal on child marriage as inspiration for her own grant writing. Like most people who make their living behind the camera, I find writing grant proposals […]